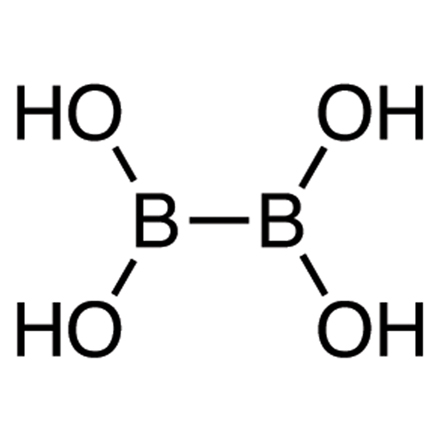 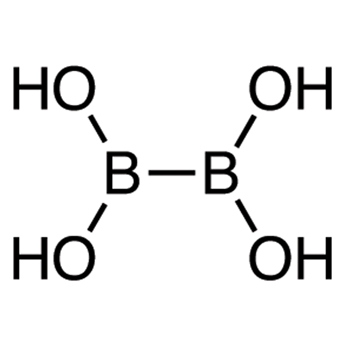 [Experimental Procedure]
To an oven-dried glass vessel is added (X-Phos) palladium(II) phenethylamine chloride (7.38 mg, 0.01 mmol), X-Phos (9.52 mg, 0.02 mmol), tetrahydroxydiborane, (133.5 mg, 1.5 mmol), KOAc (294 mg, 3 mmol), and NaOt-Bu (1 mg, 0.01 mmol). The vessel is evacuated and backfilled with N2 (three times). EtOH (10 mL degassed) is added followed by the addition of 4-chloroanisole (1 mmol). The reaction is then heated to 80 °C for 18 hours. The reaction is cooled to rt then filtered through a thin pad of Celite (eluting with EtOAc) and concentrated. To the residue is added 1 M aqueous HCl and EtOAc (25 mL each). This mixture is stirred 30 min and the aqueous layer is removed, and the organic layer is washed with brine. The combined aqueous layers are extracted with EtOAc (3 x 10 mL). The combined organics are dried (Na2SO4) and then concentrated. The crude mixture is taken up in CH2Cl2, the corresponding diol is added (1.35 mmol), and the crude reaction is allowed to stir at rt. At completion of the reaction, the reaction is concentrated, and the residue is purified by flash column chromatography to afford the desired aryl boric acid derivatives.