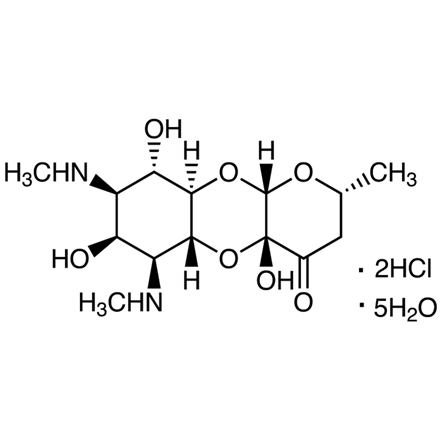 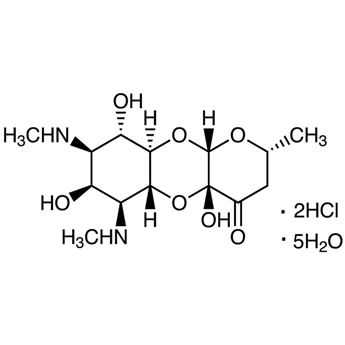 Application
Spectinomycin Dihydrochloride: An Aminocyclitol Antibiotic Used for the Treatment of Infection with Streptomyces spectabilis and for Molecular Cloning
Spectinomycin dihydrochloride is an aminoglycoside antibiotic produced by a species of soil microorganism designated as Streptomyces spectabilis. Spectinomycin exerts its bactericidal activity by inhibiting protein synthesis in the bacterial cell; the site of action is the 30S ribosomal subunit. Spectinomycin is highly effective for the treatment of infections with Neisseria gonorrhoeae. In vitro studies have shown no cross-resistance of Neisseria gonorrhoeae between spectinomycin hydrochloride and benzylpenicillins [A2092] [P1770] [P1772]. On bioscience research, a resistance-conferring gene for spectinomycin can also be used as a selection marker in bacteria for molecular cloning purposes. In addition, spectinomycin is used as a selection agent for transformed plant cells that contain the selectable marker gene SpcR. (The product is for research purpose only.)